Which One Is Better: Terry Dolan or Kerry Lofy?

Terry Dolan, like Roy Cohn, is self-loathing Roehmosexual who co-founded the National Conservative Polticical Action Committee, died of AIDS in 1986. You hear me, the scourge of AIDS does not discriminate anyone else. It killed a conservative prick who bashed on gays for years with the line like, "Our nation's moral fiber is being weakened by the growing homosexual movement and the fanatical E.R.A. pushers (many of whom publicly brag they are lesbians)."

I'm so glad Terry is dead. But the NCPAC is ashamed to admit that one of theif founding fathers are faggot. Ask them who Terry Dolan was? They won't remember.

Terry Dolan stated that the secret of fundraising is to try to "make them angry and stir up hostilities. The shriller you are, the easier it is to raise funds. That's the nature of the beast."

How great is that? That is why the Conservatives insulted, tarred and bashed the Liberals from day one. Payback is going to be a huge bitch, Conservative pricks.

You can read more about it in New York Times. 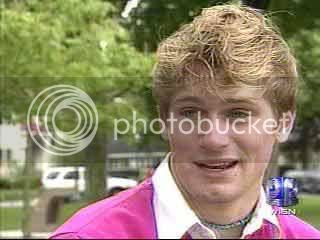 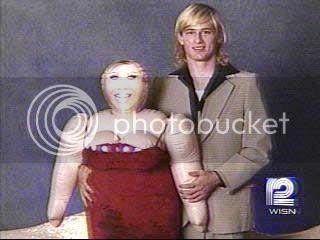 His Date with the Inflatable Doll last year at the Prom 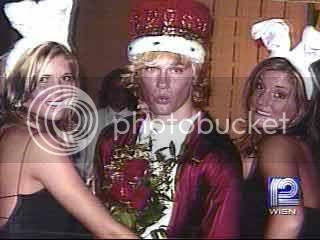 After winning the Homecoming King, he dressed as Hugh Hufner 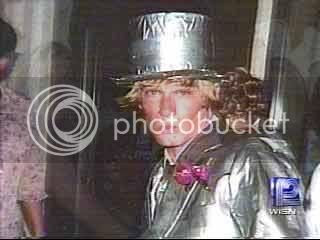 As you can see, Kerry Lofy is making his own path. He is brilliant young man -- people who did this to him needs to get a life of his own.
Posted by Ridor at 12:15 PM