As Chlms can testify, I am not a fan of hour-long TV shows. I preferred 30-minute shows because I lack the patience to endure an hour-long of television shows. But Desperate Housewives and Jack & Bobby turned out to be the most interesting shows I ever had watched in a long time.

The last episode of Jack & Bobby of the season (or permanently?) was beautifully scripted.

Seeing Bobby stretching out with his older brother, Jack before they head out for a run around the neighborhood was quite a blessing because it may be the first time that Jack realized that he cared for his little brother -- so he invited him for a run. Bobby asked Jack, "If I grew up taller than you, will I be better than you?"

Jack smiled, "No, you're my little brother. I'm always ahead of you all the time."

Bobby scowled a little, it was clear that Bobby truly looked up to Jack as much as Jack does not like it to be.

Shortly afterwards, during the slow motion that seemed to affect my emotions as Jack ran right ahead of Bobby. Slowly, Bobby ran past Jack as Jack slowly smiled before the camera panned out to end the show. Jack smiled because he finally realized he loves his family and cares for Bobby as well. He is there to push Bobby as hard as can be.

I found out who would be the President in 2041. One of the brothers would be dead before their attempt to run for the President. And I was glad that one of siblings got to meet their real father whom their mother made a promise to the father not to let the children see their father ... in the prison. I was amused that it mentioned that the United States would join with Mexico during the water shortage crisis that led to the War of the Americas as nearly all countries in North America fought nearly all countries in South America.

I suspected that the show will be cancelled. Which is why they chose to reveal the surprising cliff-hanger of who is going to be the President in 2041. 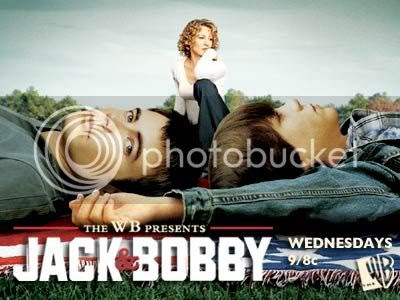 That's what we need to do with ourselves. Too bad, the dirty Conservatives, the filthy Republicans and wacko X-ians ripped the lines of decency when it comes to respect one's opinions without resorting to insults. Who started the insults? It was Conservatives who routinely made derogatory remarks about the Liberals' beliefs -- they damaged it all. That's why I made it clear that they are dirty, filthy and wackos.