The Life of William Haines

William Haines
I stumbled upon a webpage about William Haines. What caught my eye was the fact that he was born in Staunton, Virginia. Naturally, when I read his background -- ah, I have a picture of him with Joan Crawford in my photo albums -- that was William Haines!

Upon reading his life story, I was bit perplexed. What he did with his life is strikingly similar with mine! He was born on January 1, 1900 in Staunton, Virginia. He had a boyfriend living in Hopewell, Virginia (apparently, they went to the military school -- there are about 4 or 5 military schools around the Shenandoah Valley).

He was the black-sheep of his family as he ran away to Hopewell and worked at the factory and ran the dance hall. One thing led to the other, William Haines lived in Manhattan and fucked around with well-known folks like Cary Grant and so on.

Later, it was off to Los Angeles which William Haines was the star and was stucked with the contracts under Goldwyn Studios. After he was arrested for having sex with a serviceman in a local bathroom in Los Angeles, Louis Mayer ordered him to get married to keep his image -- William, like me, refused to follow Louis Mayer's orders as he was fired and blacklisted from the Goldwyn Studios for the rest of his life. 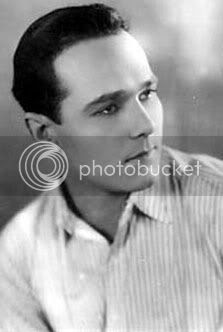 William refused to marry because he was already paired with Jimmie Shield, a guy whom William met with one-night stand which translated into 50 years of relationship.

In order to support their lives, Jimmie and William opened their own business with interior design which the Goldwyn Studios attempted to crush, but thanks to William's fag hag, Joan Crawford. Joan made it clear to Louis Mayer not to touch a hair on 'em or she will destroy his industry.

Joan was very protective of William and in the process, she helped William to round up the impressive clients which sustained their businesses for the rest of their lives. Joan, famous for being cynical statements, once said about William and Jimmie's relationship, "The happiest married couple in Hollywood."

That was a huge praise, coming from Joan Crawford. William died on Dec. 26, 1973 -- Jimmie could not handle living alone without William and he committed suicide as well.

Why is it striking similar with me?

I was born in 1973. I went to a deaf school in Staunton. I was raised in Hopewell, Virginia. I lived in Manhattan. Who knew someday, I might end up somewhere else ... but somehow, I know I'll be well-recognized by many across the nation eventually. 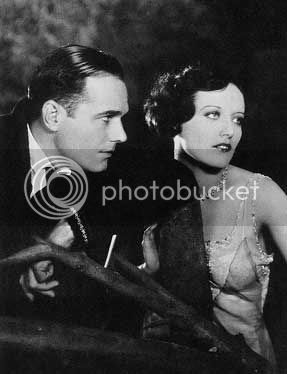 Haines with Crawford
William refused to marry for Louis' sake. So would I. William had Joan Crawford, I have Chlms, defBef, Perlis, kaybee, Pack, Carrie and Tabitha to round out the legion of fag hags.

Be afraid, be very afraid.