My close friend, Nanc, was in the same class with Marilyn Bergman at Western Pennsylvania School for the Deaf in Pittsburgh (which McWeenie, at first, insisted that they went to DePaul Institute, which was not true -- but again, what do you expect from McWeenie?) for four years. She was dismayed, shocked and surprised at the whole thing that unfolded in Freedom, Pennsylvania.

My other friend from Florida also expressed the dismay and anguish for the Bergmans because he said, "The Bergmans are open-minded family, they are well-liked by many people!" 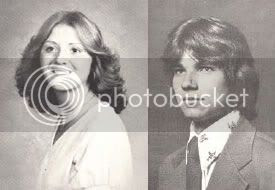 I doubt that Thomas Simich, Jr. will be prosecuted with death penalty as McWeenie would like it to happen so that he can be amused by watching the divisions within the Deaf Community at large about the death penalty issue. Since it was said that Thomas Simich has a mental illness, they probably will imprison him in the state hospital for the duration of his life or receive the medical help in the state prison for the rest of his life. I got a feeling that the Simich elders will also head down to Florida to be close with their four Deaf grandchildren.

It was said that the family does not like for others to know that Tom Simich Jr has mental illness, an issue that is very well-known amongst the non-profit organizations related to Deaf people who has mental illnesses -- lack of awareness and understanding that it is OK to talk about it. Such non-profit organizations try to promote awareness and a safe place to discuss such issues in the Deaf Community. But that is the story for another day.

Since they are from a large Deaf family like mine, my parents got in touch with me right away last night after they were alerted by the tragedy in Pennsylvania. We had a good talk via the videophone, obviously the deaf families across the nation probably do not know each other on all accounts, but out of Deaf people, the Deaf families consisted only 5% of the population, according to Gallaudet Research Institute -- therefore, we are pretty much special and protective of each other at its best. It was not surprising that my parents were able to get in touch with me last night about it. It was a nice chat.

At the same time, I was able to explain to my parents the reasons why the state of Virginia was wrong about the gay marriage ban amendment -- suffice to say, I am able to turn my mother's anti-gay support into pro-gay support for gay marriage. Some good things are meant to happen, like it or not.