To imagine is good. To believe in the imagination that can take you anywhere else in the universe has to be good. Reading novels, comic books and watching movies are all part of imagination that makes us all ... human, right?

I just completed watching "Finding Neverland" -- it was inspirational film. It tells us that it is good ... no ... wonderful for us to imagine things, even if it seems to be out of ordinary with reality. 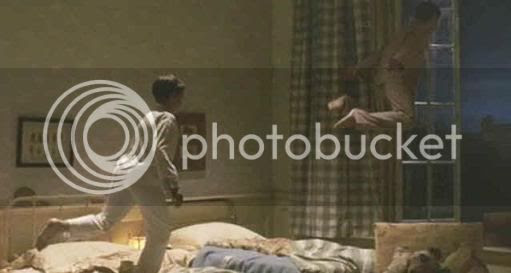 Second star on the right and straight until morning!
The film is about the author of Peter Pan, Sir James Matthew Barrie who was inspired by a family of four boys with no father and a dying mother and eventually wrote the play that is immortalized today with millions of people loving Peter Pan. Peter was named after Peter Llewelyn Davies, one of four fatherless boys.

It was moving, inspirational and triumphant film for anyone who loves to dream.

I dream to conquer the universe and remake it in my image. That is good imagination, is it?