In a comic book, The Uncanny X-Men, where Storm met Jean Grey for the first time in more than 20 years (Storm thought Jean Grey died during the Jamaica Bay Disaster but she was never dead), Jean Grey was in a group called X-Factor as they squared off against the members of The Uncanny X-Men who thought X-Factor was a hunting group to imprison mutants. Jean Grey was fighting Rogue when a strong hurricane wind blew Jean into the sky to face Storm. Storm calmly asked, "Is it you?"

Storm responded, "I saw you go to your death."

Jean shot back, "I saw you die in Dallas. I guess that makes us even. Question is, does that make us 'us'?"

Storm and Jean embraced as Jean muttered, "Yeah. I know, Ororo. Me, too."

Yes, it is no secret that my first love was Todd who is (was?) hearing person.

ON another hand, there is another Todd that I loved as well, this time -- he is Deaf. My affection for Todd Newman is simply platonic. When I first met Todd Newman, Todd happened to live across from my dormitory bedroom in college days. We always played NBA Live '## all the time, sometimes resulted in bitter fights between us. At times, when I lost a game to Todd, I would try to avoid looking at Todd because he would smirk in a discrete manner to taunt me, if I saw it, I lost the temper. Same thing goes for him with me but I was more abrasive, I think as I mocked him in his face, trying to make him lose his tempers. It is not easy to make him lose a temper but very few times, I managed to make him lose.

Todd's girlfriend but now currently his wife moaned when we got in silly fights, "My god, you guys have to be brothers or something!"

Todd and I became close friends over the years. Never had a thing for him, many gay guys think he is hot. I do not think he is, though. I love him like a brother -- Todd is just a great guy to hang out, talk and do nothing. Great person to be friends with for a lifetime. Dyan, too. I loved their kids -- Tayla and Thor. For the last 11 years, I still treasure and cherish the special friendship with Todd & Dyan.

Todd's parents are charming fellas. Todd's sister, Tammy is great, too. I was humbled when Tammy surprised me with the complete set of The Atlantis Chronicles. I absolutely loved the Newmans family, no question about it.

I hadn't seen Todd in almost two years, I probably will feel like Storm when I see Todd once again in the short future. It is no secret that I certainly miss Todd very much.

I was enamored when I learned of Tammy's xanga which contained the picture of Todd and Dyan. Todd, you look good as ever. Dyan, you look gorgeous as ever. 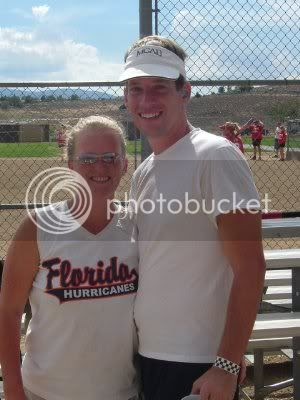 Smooch you both, Todd & Dyan. And Tammy!

One of my favorite stories happens to be about Dyan and his father. Todd and I was in Georgia for his wedding.

I remarked that Dyan's father is the only male figure in her family household -- Dyan has mother, two sisters and a father -- that is 3:1 ratio. In addition, Dyan's older sister has a daughter and at that time, Dyan has Tayla -- that made 5 to 1 in the whole household. It was interesting ratio so I mentioned it to Dyan's father in front of Angie and Todd.

Todd and I snickered loudly as Angie goes, "Awww, Dad!"