Pope Benedict XVI: He looks creepy to me. His eyes seems to glee about something else. The way he acknowledged the audience is corny. Never mind the fact that he was enrolled in Nazi Youth Movement, he is extreme homophobe. This is Cardinal John Ratzinger, he ran the powerful Congregation for the Doctrine of the Faith which was responsible for the Spanish Inquisitions.

The new Pope is simply not the God's Right Man. He is a prick who hated gays, advocated out-of-control births (evidence, look at Latin America!) -- basically, this man is not willing to work towards the good solution of all issues. He could be the one that many Xians screamed as "The False Prophet".

It is no secret that many people will be impacted by this fool's decisions, even with many Nuns saying that they loathed him because he does not care enough about people who are in poverty.

The sex-abuse scandals were largely ignored by Cardinal John Ratzinger and will continue to do so. Did you know that he was subponaed to appear in the Court in Texas related to sex abuse? Now being the Pope, he does not have to show up at all. He never will have to address the sex abuse scandals that continues to shake the foundations of the Church.

Plus, the shortage of priests indicated that the Church is crawling to its tomb, which is good thing, I think. Perhaps, that was the way The Fates wanted it to be -- have the worst Pope to seal the death of the Catholic Church.

It is eerie to watch him walking around the Vatican, in the same house that was enriched by pillaging and raping millions of families' estates in the past. And it is eerie to see fools cheering and dancing for this fool.

It will be a long time before the Catholic Church will atone its sins against the humanity. I thought Pope John Paul II was decent, but this one is bad. Very bad.

It appeared that Pope Benedict XVI was separated at birth from his twin brother, check for the evidence, thanks to Towleroad.

PBS' American Experience: The Massie Affair I stumbled upon a documentary on PBS last night about The Massie Affair which took place in Hawai'i. It talked about how the whites stole Hawai'i from its Hawai'ian natives. Hawai'i was never ceded to the United States legally, it was stolen. IN fact, Queen Lilo'uokalani was forced to surrender her throne at gunpoint by the Provisional Government who were consisted of haoles. Haoles means white folks in Hawai'i. In fact, the Hawai'ians invited and tolerated the Haoles and they still don't feel it is enough so they had to steal it for their own.

It is interesting to note that there was racial harmony in Hawai'i amongst the natives, Chinese, Japanese and Haoles ... until the government of Hawai'i ceded Pearl Harbor to the United States Navy in order to get duty-free sugar trade. Suddenly, the influx of Navy hooligans arrived in Honolulu. Most hooligans are white trash from The South who advocated the segregation -- they were appalled and disgusted at the sight of different colors mixing and socializing with each other.

They nearly caused the racial conflicts at every level of communities in Honolulu, the Navy brass in Pearl Harbor consisted of white trash hooligans which they refused to do businesses with the Natives or other ethnic groups, only Haoles which reinforced the bitter resentment of the Natives on Haoles. Then Thalia Massie came in the picture, such drama to be ensued to a point where the US Navy brass decided to take things into matter and nearly caused the Racial War in Honolulu.

It is interesting to note that Thalia's mother, Grace Fortescue, is the granddaughter of Alexander Graham Bell, the notorious inventor of telephone who wanted to eradicate Deaf people's American Sign Language. Grace, not surprising for a person who is into status quo, killed a Hawai'ian with no remorse. Basically, what happened in Hawai'i by the white trash southerners is travesty.

Perhaps, that is why The Fates approved the destruction of Pearl Harbor on December 7, 1941. 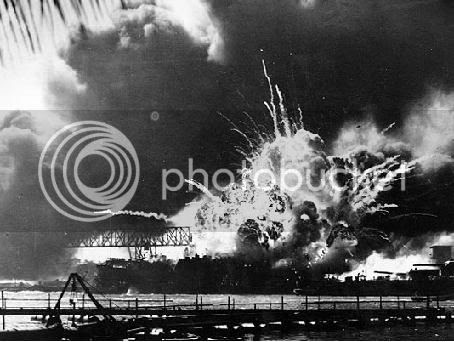