What A World -- Woe Unto Idiots! 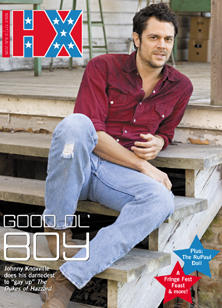 Not that Knoxville has to wait for another Dukes movie to get a same-sex kiss - or more. “One night I was in a bar in downtown New York,” he recalls, “and this big guy, a real personal-space invader, comes up and puts his arm around me and goes, ‘I would love to fuck your ass so much - I’m your biggest fan.’ I was like, ‘Wow, thank you!’ And he makes his arm tighter around my neck. It’s like prison. At least fondle me a little before you go straight to fucking my ass! I think he wanted me to be his bottom bitch! Splendor in the ass!”

Oil Prices Now Close to $65, Only $35 Left To Go: I suspect the Bush Administration has been allowing the oil prices to make a lot of gains close to $65 a barrel, perhaps just to make profits. Because the numbers of administrators including GW Bush invested/owned/ran the oil companies ... when they are done with the presidency, they are going to reap the harvest that they invested in these stocks. At this pace, it won't surprise me that we will reach $70 by December due to the "winter season", then $75 due to the "thunderstorms associated with spring season", then $80 due to hurricanes and terrorist attacks, then ... Ahh, fiddle while Rome burns.

I'll Never Abandon My Stupid Hearie! This is insane. How can a husband drive 210 miles and six hours later before realizing that his wife was left at the gas service station?! This husband should expect no sex for weeks.

Gimme an I! Gimme a D! Gimme an I! ...: Ever heard of telling the girls to write it down? No, they had to chant it out loud!

This Is Cool! I just saw this on television. I could not believe it. So I went ahead and googled it -- bingo, it is there. I actually saw the session where one person led the co-workers to sit in a circle. Then start to laugh which led the others to laugh. Laughter is contagious. It even gets to a point where the person who filmed the session had to flee the group because he could not breathe -- he was laughing so hard that he cried and started to breathe hard. The whole purpose of this is to break stress in workplace settings in which it brings happiness to one's daily life. Such a brilliant idea! I'll be sure to host one for BnB Inn some day!

Thousands Attended Gunter's Funeral: Thousands of people came to pay their final respects to Sue Gunter who died of Emphysema at 66. According to this article, it was positive and lightening somber with stories to tell about Gunter's love of life. It was certainly nice to read. She will be buried in Walnut Grove, Mississippi next to her parents. One interesting tidbit about this is that Gunter specifically requested that anyone donate money go to the Alzheimers Service. Alzheimers instead of Emphysema? Because her mother was a victim of Alzheimers.

Confidential to McWeenie: I'm not impressed that you mentioned your wife has 1/32nd American Native in her. Not even the United States Government would be impressed nor cared about that, m'dear. Let me guess, your wife said that her 1/32nd is from Cherokee, like many said.