My Domain, My Thoughts -- Get Used To It Or Else!

Look At That Guy's Crack! I seem to have the world's longest butt crack, even when I pull the jeans to cover it, it still barely covered the butt crack. It is tiresome when I get out of the swimming pool yesterday only to be shouted by Gus' mother to tell me to pull up. Alert -- beet red all over my face as Gus' nephews snickered. It is not the first time. Even Chlms would jolt me by pulling it up sometimes for me. I do not know why it kept on showing -- any tips to preserve my butt crack from being exposed to the world would be appreciated.
Aftermath Of Legalized Gay Marriage: This is going to be so TRUE!

Believe It Or Not: The hoopla surrounding the new film coming near your theatres is none other than The Dukes of Hazzard. When I was a kid, the TV series, The Dukes of Hazzard, were on Friday nights -- the boys in the dormitory would sit and whoop at the car chases even if it was not captioned for some years. When the "O1" car went over the cliff, the students would imitate the sounds as it landed -- the male students would start barking in high-pitched sounds, trying to imagine what the car would sound like when it landed on the gravel roads. These are the undeniably silly stuff that routinely happened to the male adolescents whose had plenty of fantasies.

I recalled crying so hard by heavy fits of laughters after my dear friend, Byron Wilson who told me of an incident at Kenfucky School for the Deaf in Danville, Ky when he was in junior high school, I believe. He said that there was a large group of male adolescents in junior high school watching The Dukes of Hazzard on a relatively quiet Friday night. They were sitting in a half-circle on the couch surrounding the uncaptioned film. When Daisy Duke showed up on the screen, wearing the trampy clothes that revealed more skin than ever, one developmentally disabled student sitting not far from Byron immediately stood up and imitated the masturbation session right next to the TV stand. This led guys to groan, holler, scream, bicker and of course, be distracted by this nutty student who goes bananas for Daisy Duke.

Such a life for male adolescents that lacked the Internet, pagers and videophones back then.

Let's move on to another subject, five years ago, I was driving to Richmond, Virginia from Little Rock, Arkansas after the little nonexistant wedding that I attended -- I was so tired, I decided to sleep in my car at the rest area for an hour or two, it was around 3 AM or so near Nashville, Tennessee.

I made it a habit to leave the camera in my dashboard because there are stuff that you wanted to catch during the long trips. I fell asleep for about 45 minutes before I feel the loud vibrations resulted from a car that rolled in a parking spot a space away from me. It was loud. I was startled by that and could not believe it -- I knew if I tell my friends, they'll laugh and discredit.

Ahh, that's where the camera comes in. I took a picture of it then went back to sleep some more. This is not fake, by any way, at all.

This Route To Gallaudet: This highway led to Downtown Richmond en route to Washington, DC. Not only that, Dad always used this route to head down to the city for work, recreational activities or even visiting Staunton. Each time we headed this particular highway on Interstate 95, I thought this was interesting scene to view while driving over the James River Bridge.

For Christian Wojnar's Eyes: This is for you. 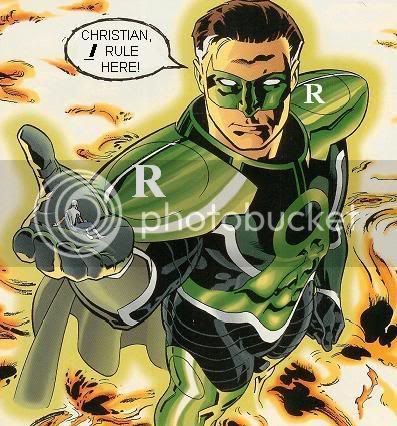