Kurzetard Still Malicious: Ever notice that Kurzetard gets the kick out of making bogus comments on ratemy########.com just to defame others' professionalism at times without leaving her name? Grow up a spine and get a life, bitch.

$50 iBook = Chaos! Mom attempted to go to the Richmond International Raceway to buy one iBook for me but she backed out after seeing the Breaking News on local channels that there were thousands of people waiting for 1,100 iBooks since 1:30 AM, parked outside of the Raceway. According to the reports, more than 12,000 converged and the stampede was on -- suddenly, 6 people were injured. Mom, not in her best health, is in no condition to compete with these folks who probably had a run at Pamplona Bull Run at all. 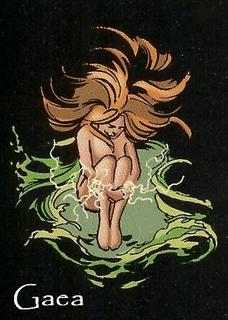 $67.10 -- Only $32.90 To Go! As expected, with Cindy Sheehan's vigil at Crawford Ranch, which GW Bush regarded it as a threat to its national security has caused the gas prices to climb for the last two weeks. Only $32.90 left to reach the ultimate $100 a barrel, it may sound impossible a while ago but not today, it can happen one way or other. About Cindy thing, of course, I'm joking if you do not get the gist of it.

On another note, a certain fellow gave me his answer when I asked him what he thinks of gas prices climbing up these days? His answer was, "Good! They gotta pay high to pollute the environment." Come to think of it over the time, I am inclined to agree with Jon.

We cannot stop polluting Gaea but we can simply reduce polluting the world.

Conservative Republicans Showing Its Ugly Heads: In Crawford, Texas -- GW Bush is steadfastly resisting the popularity of Cindy Sheehan despite the repeated assaults by Conservative & Republican bloggers who regarded Sheehan's antics as the ultimate that could decimate GW Bush's "noble (gagging) intentions" about the wars.

It was reported that a neighbor of GW Bush, probably his conservative friend plowed and destroyed nearly 1,000 white crosses that were laid by Sheehan in memory of the soldiers who died for nothing in Iraq.

Many people claimed that we fought for their freedoms. That was not the original intention, folks. We went there not to free them. We went there to stop Saddam because our government claimed that he has weapons of mass destruction. Do not try to change the topics.

Filthy Conservative & Lyin' Republican Bloggers are amazing -- they seemed to find ways to add the stories to make the fight for Iraq as a noble duty to be proud of -- to provide freedoms for others.

If that is the case, let's free Tibet of China's controls, let's free Zimbabwe of Mugabe's controls, let's free North Korea of Kim Jong IL, let's free Maynmar of militaristic dictatorships. Their arguments are not valid, folks. If these bloggers are proud of this, then by God, go and fight. Quit blogging -- go to Iraq and write us a letter, honey. Of course, they will lie their way around. As usual.

The whole point is that ... if they want to promote democracy and freedom, send their own kids. Don't use poor people's children. Quit advertising in housing projects, quit preying on poor college students ... these are not simply right. 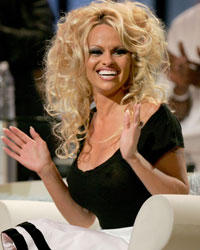 The Roast of PamL.A. Last Sunday night, I got to watch ComedyCentral's Roast of Pamela Lee Anderson. It was amazingly good. I laughed, laughed and laughed until the end. I was surprised that Bea Arthur, who portrayed as Dorothy Zbornak on The Golden Girls, is close friends with PamLA. Naturally, the jokes often revolved around PamLA's boobs, her sex videos with Tommy Lee which Bea Arthur joked, "That thing has an elbow, Tommy Lee!" And Tommy Lee was a good sport -- he even grabbed Andy Dick's cock when he baited him to coop a feel. Tommy is hot. PamLA was simply gorgeous.

Lisa Lampanelli was correct that PamLA was the responsible for the successes of Baywatch TV series -- it was not David Hasselhoff. It was PamLA's boobs, simply put, she exclaimed.

I felt bad for Courtney Love as Jimmy Kimmel goes on to bombard her with crude jokes about her drug addiction -- but Courtney Love took it in good stride. Pretty impressive. I'd go flip out just like that.

There are several encores of that show on ComedyCentral, try to see it for yourself.