No. 1 In Deaf Culture Category

Of Course I am No. 1! I stumbled upon this QuackTrack website, the world's largest browsable blog index, and discovered that I'm ranked No. 1 in Deaf Culture's category. Among the list included No. 11 goes to Beth's HearingPeopleSuck.blogspot.com. Interesting stuff!

iRage In Richmond: Good thing Mom did not select to go because she would be trampled and more after viewing the pictures on Timesdispatch.com and Nbc12.com -- what a drama for a piece of trash. Merritt said to me via the videophone, "Did you notice something? Only minority groups and trailer trash folks came for it."

I grinned and said, "But of course!"

Just saw that Matt Drudge also reported about the iRage Drama today on its website. 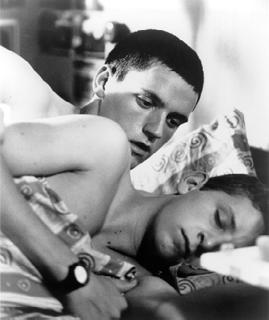 Did You Ever Watch Beautiful Thing? For more than 10th time in my lifetime, I get to watch Beautiful Thing, a British film about two gay teenagers who fell in love with each other and remarkably ended the film on a positive note, which is very rare to say at least. Who cannot love Leah, Ste and Jamie's gorgeous African American dropout neighbor?

I love when the mother muttered to Jamie, "All the time I tried to protect you from things like this and I did not know that you and Ste were doing seventy minus one in the bedroom!" Priceless.

It was always nice to watch this film because frankly, I'm sick of watching gay films that often ended with deaths, be it from HIV/AIDS, suicide or gay-bashing. If you hadn't seen this British film, it is great. I get to figure out the UK's slangs like slag, pissed, flat (duh!), slapper ... it is great stuff to watch. 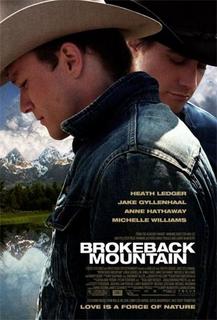 Speaking of Gay Films: Perhaps the most daring film of 2005 has to be yet-to-be-released called Brokeback Mountain, a love story between two cowboys in Wyoming ranch set in 1963. Perhaps the best part of the whole thing is that it is produced by Ang Lee, and the two gay cowboys will be performed by Heath Ledger (!!) and Jake Gyllenhaal (?!).

This is the film I will hope to be captioned or I'll be so pissed off. I have no innovative to be patient for months! I want to spring a boner in the movie theater! I want to slip my arm around the shoulders of Stupid Hearie in a movie theater, not at home.

Truer Words Were Never Spoken!: I found this on DeafScribe. So very true.