Odd Moment: During the times I stayed in the District, I did not even visit Gallaudet!

Odd Moment II: Toby, Jason and I were three of only FIVE persons who went to watch the open-captioned film of Star Wars Episode III: Revenge of the Sith at 9:45 PM. It was surreal seeing the empty audience -- at least, three of us gets to take our shoes off like we do at our homes.

Weird Moment: The old Washington Convention Center is gone. It is one big massive ugly open space waiting to be "built" for something else. The new WCC is about 3 or 4 blocks north just next to DC Eagle, the gay leather bar. But meanwhile, Grand Hyatt Hotel where the RAD Conference will be at -- it will sit in midst of nowheresville, really.

You Knew You Are Spoiled By NYC's Subway Moment: 16 minutes of waiting for the next train in Metro Subway is too long for me to handle! In New York, everything goes within 5 to 10 minutes. 16 or 23 minutes during the nighttime are absurd.

Good Feelin' Moment: Visiting the Ewans for the dinner and chit-chats are always great. It was nice to see the Ewans once again. As always, Darlene and I always had something to talk about, really.

Disappointing Moment: Rob was nowhere to be found. I'd love to 005 at him.

Weird Moment II: At Nation last Saturday night, one guy named Justin told me that I trashed him at Apex two days earlier after he complimented to me about how beautiful I signed very well -- well, I did not remember the incident probably because I was drunk. I absolutely hated the compliments when it comes to my ASL skills. Justin even fingerspelled my name as a way to confirm that it was me. Oh, well.

Fad Moment? Mikey coined a term: Fow. It is a shortcut way to say that one is low function. Since not many people who are low function will understand what it means, so what is the point of spelling it fully? Let's make it short enough for stupid people to understand something, therefore, it is Fow. So it's much easier if you quickly fingerspelled to your friend next to you, "F-O-W" should you get annoyed by a stupid person (deaf or hearing). The next person will know what it means. 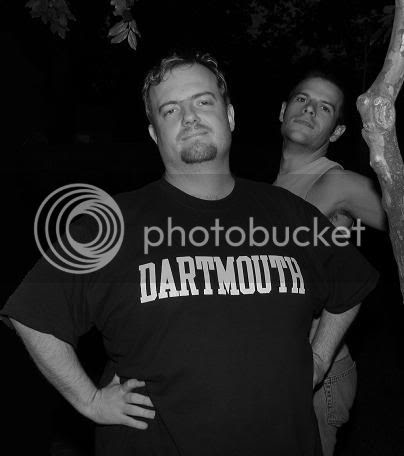 Thanks to Toby for dealing with me for 7 days. It was great seeing Toby! I have tons of pictures ... I might do the tease thing in a long run.