As Always, Things To Touch From A to Z

About RAD Conference: My sources confirmed that several people already requested the information from Ricky Drake and Bill Terrell, the Co-Chairpersons of RAD 2005 Conference in DC -- last year! It got so bad that they turned to the RAD Board for further information -- but as always, the retarded Barbara Hathaway referred them back to the Chairs in Ricky Drake and Bill Terrell who stonewalled the information that the registrants would like to know.

Irvine?! I was stunned to learn that from a friend that Irvine Stewart is going to be the keynote speaker (I'm not sure which one) for 2005 RAD Conference. What did he do to deserve the position? Or is the RAD that desperate and not well-planned to a point where they will just beg anyone else to come in and speak few words? In that case, invite Dorian Fletcher to join with Irvine on the stage. I guaranteed that the audience will erupt in heavy guffaws that hearing hoteliers will think that we are nuts.

Not to put Irvine down, I like Irvine. But he just received the Masters from Gallaudet few years ago and has been working at MSSD as a social worker for a short time -- it is not that much to gain the experiences enough to be considered for the keynote speaker? I guess, being a member of Wild Zappers helped, eh? 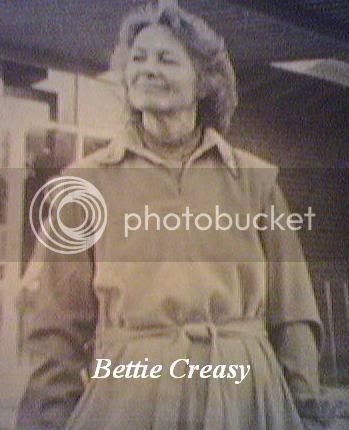 Bettie Creasy: Remember this and that? The links that I talked about the CODA, Mark Creasy who was murdered by a thug by the bike trail in Alexandria, Vrginia -- Mark's mother was Bettie Creasy whom I dearly loved for many years at VSDB.

I found the picture and I thought it is nice to put the name on someone's face -- I even noticed that I wrote the poem about her (which I swear I'll never share) when I was a senior about Bettie, I mentioned that I will not never forget her. For 15 years, I still hadn't forget Bettie Creasy. She had been good and fair to me.

Bruce Carroll Is Back! It is sickening that this prick is back to FagPatriot's blog. This person is completely coward from the start. He is gay conservative Roehmosexual who once accused me of stalking in person (!) which I have *no* clue where he lives or worked. He enjoyed berating people without disclosing who he is -- until Michael Rogers of blogACTIVE.com exposed him and ratted him to his bosses which he abdicated his blogsite for the time being. Now he comes back, crowing as if nothing happened. Please. Someone get me the whiffle bat so that I can whack him down. But thanks to SullyWatch, he already wrote several entries that kinda explained what kind of person Bruce Carroll is. He lacked the credibility in whatever he says. Fuck you, Bruce -- you're still the FagPatriot! 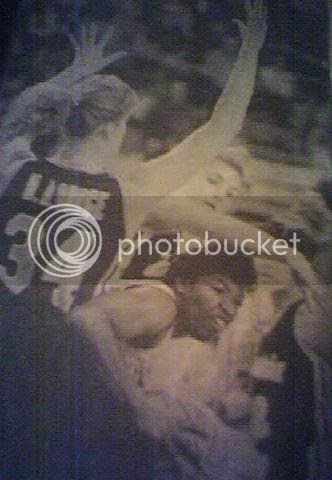 Favorite Picture I: This picture is a favorite of mine for many years ... since '93 -- that is 12 years ago. I never shared this with anyone else about it. Until now.

Why do I like this picture? Because the picture, of course, contained Virginia Women's Basketball team whose killed Georgia Tech by 35 points. In fact, Virginia led by 40 points at the half.

As you can see Virginia's Heather Burge standing tall at 6'5 with her long arms in front berating the Georgia Tech player in the middle as Virginia's Amy Lofstedt sealing the defense from behind.

Basically, this picture is parallel to what I do in life -- I shall berate (and has been doing that for years!) people with a circle of friends backing me up on the opponents ... mostly jerks, idiots and pricks.

It is all about relativism, really. Think about it.

One Funny Moment: Many years ago, I went to DC Eagle with Keith and Mark. DC Eagle is the gay leather bar in the District. It has the notorious backroom where some guys would attempt to suck and hump in a discrete manner, especially during the weekends that has festivals or conventions. If the Gay Pride occurs on that weekend, you can be sure that the backroom is going to be active.

There was a bizarre couple at Gallaudet -- I cannot remember the names of the bizarre couple but some of you might knew her as the midget who walked like E.T. "I TTYed Home!" with long arms who also controlled his taller odd-looking boyfriend. There was always an odd feeling about this particular boyfriend's behavior.

Years later ... until the fateful moment at DC Eagle, I told Mark and Keith that I am going to cruise in the backroom to see what's up since nothing is happening on this particular weekend -- when I entered the backroom, I noticed a group of men huddling in the corner -- which means someone in the center was kneeling giving someone a blowjob. I smiled at the thought that no manager is coming out to bust them. I was curious to see who was sucking these guys -- then this guy looked at me, I did not recognize him in the dark but he did -- he stood quickly and pulled his pants and zoomed out of the backroom and out of the establishment. I was flabbergasted. It was this odd-looking boyfriend!

Favorite Picture II: Many entries ago which I cannot find as of now, I mentioned that this picture is parallel to what I do with how I operate my life. I am always surrounded good friends who has their own minds. I like people who has common sense, sees things more than the rule of law.

In this picture you'll see Virginia women's basketball team stepping on the court after a timeout, five women getting ready to play. The left to right are: Tammi Reiss, Melanee Wagener, Dawn Staley, Heather Burge and Tonya Cardoza.

Sometimes I feel the life is like this -- I like to be alone and at the same time be surrounded by friends. When I see the pic, I immediately thought of Tammi as Merritt, Tonya as Manny, Melanee as Mikey, Heather as Toby and Dawn as me. I can be stoic if I want to but I always knew I could rely on these friends to back me up if needed. 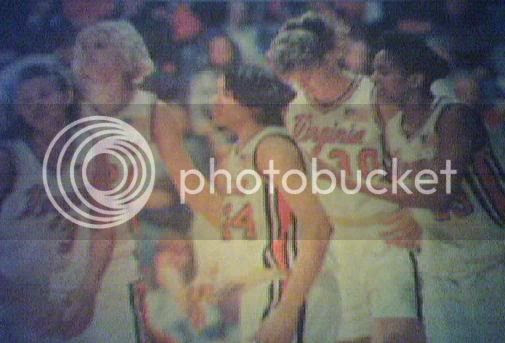 Use Your Imagination: Merritt, Mikey, Ridor, Toby and Manny