Many Said He Is Insolent 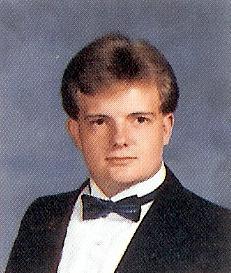 Since I am gay, I thought I should be bit narcissistic of what I looked like once in a while. I digged this out of my high school yearbook as a senior. I did not realize that at my age, I was ... hot. I'd fuck myself. Now I understood why I was with Todd (not Newman) for 2 years and half back in 1990-92.

Here is the picture. Time changed. I aged. I became sort of an ugly thing to deal with. It is OK. I'm not complaining. Actually, I should complain. I had been trying so hard. Perhaps I'll find a solution in matter of months. 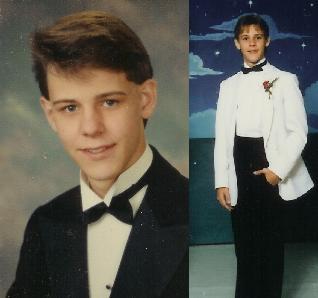 OH, yeah, I knew of 5 people asking me about my ex back in high school - freshman year at Gallaudet. They wondered what he looked like. Since Todd abandoned me for his "heterosexual life" in order to appease his parents' wishes, thus hurting me in the process. I thought that posting his pictures are justified. So here it is. This is Todd, ain't he cute? Too bad he lacked the spine to stand up against his parents.

I remembered our first fuck -- it was hot, sweaty and 5 hours of slow-moving actions. We had butterfly in our stomaches. WE were shaking badly. The kisses were very slow, wet and intimate. The next morning, I was so fucking tired and we were forced to attend his damned church. Todd was in the Choir. I stared at him, he was lethargic and we matched our stares on each other -- then Todd's mother used her hand to cut our staring ties which startled me back to reality -- that moment, I knew she began to suspect. I mean, Todd was staring at me all morning ... and I was, too. Love sucks. I saw one quote that reads: "Love is for Losers". Made me smile, though.

Well, in the next few entries is very politically explosive -- McFly and I had been reading an article, written by a former Republican Conservative who pretty much attacked the ideals of Republicans and Conservative pricks. Stay tuned.