You Suck, Rob! Mark, one of my LW3* confidant, paged me last night with an one-liner that left me stumped for hours while he slept in peace. He said, "I have sad news for you, Ricky."

Anyone who knew me very well ... I do not like the sudden one-liners or secrets that left me stumped for minutes, let alone hours! Later in the morning, Mark told me that Rob's ex husband died.

I was baffled. Ex? 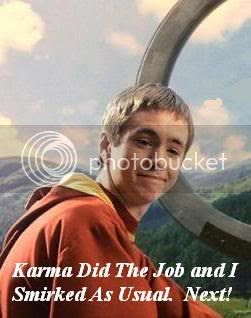 You see, when I lived in the District, I met a cute, charming and smart fella named Rob. Turns out that he was 32 years old charismatic pig who enjoyed cheating on his naive husband who is also ... very old. You see, Rob likes big men and ... old geezers. He once told me that if I told his husband the truth that he has many conquests behind his back, he'll cut me off so fast that my head will not have the time to spin.

But by then, I moved to New York. Did not care nor ache for this shit-eating pig, I had enough of his antics so I ratted him out to his ex. Suffice to say that his "husband" broke up with Rob after I dispatched the lethal email. Ever since, Rob hated me for that, considering the sources that my friends bumped into Rob at times in DC. I care less.

Mike Harris, the ex husband of Rob, was old ... but nice. He did not deserve a pig who cheated on him all the times. Rob was charming, trust me. Very cute. He was extremely proud that he fucked his Dad's best friend. I'm like, "What?"

Anyway, Mark told me that Mike is dead, since last September 23, 2004. I felt sorry for Mike, but certainly not for his ex, Rob. Good riddance, Rob. Oh, by the way, when it comes to things like this, I always win!

Why Is That? My eyes *always* rolled when gay couples said, "My children" -- it turned out to be mere dogs or cats, not human beings. It is ridiculous. They wrote the blogs and said, "I have to tend to my children." Then you see the pictures of dogs. Maybe Rick Santorum (R-PA) was right about the "man on dog" comments.

Marb(t)y Bonales Is Desperate: I was amused to learn that Marb(t)y has been paging several friends of mine and in the process, harassed them about me. Marby, Marty, Marb(t)y -- grow up and eat some feces. Bet you a dollar or two that he does not know what "feces" means.

* LW3 = Lethal Weapon 3 which applies to Mark, Keith and me during our last few years in college