Virginia Board of Education Fiddles While VSDB Burns 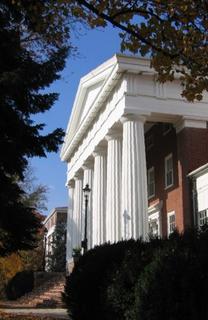 The Blighting of VSDB: This is not surprising at all. The Staunton News-Leader has reported that the Board of Education has return the proposal to consolidate the Staunton and Hampton campuses to the General Assembly for further study.

Why? The General Assembly permitted the Board of Education to renovate a school for the deaf and blind up to $61.5 million. Board members studied four proposals by Tramwell Crow Co. and all four proposals went over the budget with Staunton leading at $94.8 million dollars.

I probably have no problem with bulldozing Watts, Byrd, Peery, Stuart, Swanson, Harrison, Darden (despite the fact that it was my high school dormitory) to the ground but I cannot fathom the idea of people deciding to bulldoze Bradford, Battle Hall (which served as the social hub for Blind students -- use common sense, think they can socialize with Deaf students?), Healy Hall, Bass Hall and Superintendent's Home.

Many Superintendents repeatedly told me that that particular building is the one they envied the most. No Deaf school has a building like ours. Bradford Hall, the infirmary is simply gorgeous place to get sick, like it or not! It has these high windows that you can gaze at Blue Ridge Mountains on your left side. 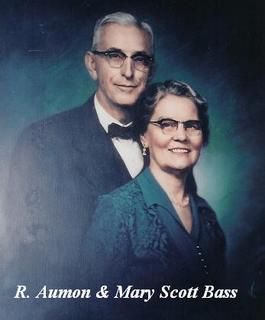 If they proceed with this proposal, they intend to destroy one of two buildings that were named after Deaf persons. Ironically, many buildings were named after the fucking Governors and state leaders that has no problems of stripping money from VSDB over the years. Bass Hall was named after R. Aumon Bass, the Deaf person who served loyally for VSDB for more than 35 years.

Yes, we do have blind students and deaf students. Get this? We do not mingle. Not in the dorms. Not in the classes. Not in the cafeteria as well! In fact, we regarded each other as an anomaly on our campus that ought to be removed. Which is why many Deaf Alumni often said "VSD" and Blind Alumni do "VSB".

Now according to the proposal, it appeared that the Deaf students will mingle with blind students in the dorms, cafeteria and yes, school building! It is evident that the Board of Education and Trammell Crow do not know the ramifications of ASL development in school settings. You simply do not teach ASL to hearing students who are blind.

According to the proposal, they trumpeted that the enrollment probably will remain less than 200 in total for ever. There is no room for expansions. Nothing at all. And they expect the deaf students to mingle with these developmentally disabled students as well as blind students at all times. How many times should we struggle to educate the public that Deaf children are not in the same category with these multi-disabled students or blind students? Don't fucking put them altogether!

Suffice to say, the proposal sucks. If they intend to wipe out these buildings, fine with me. At least, I do not live in the state of Virginia. Besides, who wants to? I do not. But if they better not name the newer buildings after Governors or hearie fools or I'll be extremely pissed off.

You can compare the current Staunton campus with this proposal. Creepy. 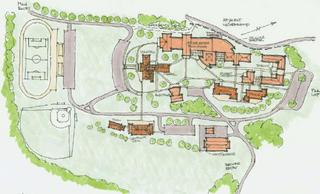 But know what? Since the Board of Education returned the proposal to General Assembly for a "further study". Which means what? It'll leave a "cloud of uncertainty" on both schools for years to come. Which means what? The quality of Deaf Education will malign at VSDB as many Deaf schools like Maryland, Indiana, Model Secondary, California-Riverside, California-Fremont, Texas and Florida continues to rush ahead with changes for the better interests of Deaf students. No sane Deaf person wanted to send their Deaf children to VSDB because of this uncertainty that plagued the school for more than 30 years. Give it a rest, already.

But you should understand this ... Virginia is a conservative state filled with people who bickered amongst each other over money more than the quality of education, the General Assembly and the Board of Education will take many years, perhaps few decades, to shuffle and play the cards before they reach the final decision. This will interfere VSDB's goals to educate Deaf children and raise the standards. Comparing Virginia with many states' progress with Deaf schools, it tells me not to trust a conservative state to handle the quality of Deaf Education. They simply do not care nor refused to change to improve. Trust me.

This is shame -- but was I ever surprised that they did this? No, not at all. In fact, I joked with a friend few months ago that I predicted they would stall this for few decades. And it appeared that I am right. And the blighting of VSDB continues as of today.