In 1982, Mom told me that she'll come to Price Hall on the weekend of November 9, a dormitory where I lived during my elementary years at Virginia School for the Deaf in Staunton, Virginia. I was thrilled about it. Because she said she'll bring a birthday cake, gifts and shit for me and for me to share it with my friends at a dormitory.

I told all of my friends about it.

Mom never showed up. Never bothered to call nor let me know what happened as I waited for her to show up all weekend long. I was only 8 turning to 9. You can say that psychologically, it probably devastated my trust with Mom. Later, during the Thanksgiving Weekend, I asked Mom why she did not bother to come. She said, "First, Dad refused to let me go. Second, I did not see the need to call you to let you know since you would come home for Thanksgiving Weekend and it saves money on the phone bill."

I told her that I waited for her all weekend long and even my friends dismissed my insistences that Mom would come as a lie. Mom grinned and said, "Stop it, RT. You'll grow out of it."

What a fucktard. But that is Mom. I think when she did that, it sent a cold reality in my psyche that people out there do things like that. I mean, if Mom and Dad did this to me, leaving me hung dry in front of my peers -- what worse things can happen next, really?

Oh, since my birthday is in November, I never had a birthday party hosted by my parents between 5 to 17 years old. My parents did that for Gary whose birthday is in July during the summer vacation. They do that with Karen and Billy Jr., who are my hearing siblings and do not go to a residential school. Lily, Hedy and I virtually do not have birthday parties during our stay in VSDB. Not even on homegoing weekends -- I asked Mom why. Her response was, "Well, you already have a birthday party at VSDB!"

Never mind that the staff at VSDB do provide monthly birthday parties for students. How nice -- but cakes made by Home Economics students are ... let's say ... tasteless.

But the point remains the same -- even today, the birthday parties are pretty touchy thing for me to handle. I guess when my friends decided to host a birthday party for me, I tend to be pissed off or be modest about it. Maybe I needed a therapy session or two? Who knows? 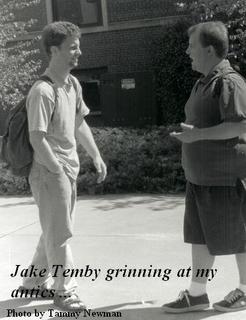 In 1994, a week before my birthday, I mentioned discretely to my friends about my birthday. Then on that fateful day, nobody acknowledged nor did a thing. So I decided to organize a birthday party of my own. I went to a grocery store and bought myself a birthday cake, ice cream, soda and potato chips -- invited few friends in. They were puzzled when I asked them to show up at Richall's apartment. Then I came in to set everything up and said with a sarcasm tone, "Happy Birthday to me!"

One girl wept. At first, I was set back by her being upset about it. But whatever.

In 1996, Jake Temby and Will Sharpe knew of my birthday taints and they planned very well to surprise me a birthday party that included more than 20 friends at Red River Grill Restaurant on Massachusetts Avenue in DC. I was speechless. It was one of the nicest things they did to me. Even better, Jake and Will also bought me my first 'Shroom to eat before we went to see Starship Troopers. It was so dramatic -- I feel like these darned bugs ran off the screen. It freaked me out. It was absolutely a great birthday gift!

Later at 506 L Street NE during my birthday party that continued from the restaurant to the movie theater and last, to the house party, Sherri Youens was so drunk that she mistook my birthday cake as a chair which was made by Chanda Smith or Patti Raswant. As Sherri attempted to sit on it, someone shoved her off -- you should see how Sherri flew ... it was hysterical. That party fucking rocks. Few can attest that the parties at 506 L Street NE is a legend of its own. Just like Carl's M Street.

However, I'm not pretty obsessed with birthday parties -- I think the "cold reality" sets me in at an early age where I really disliked these parties to an extent. Which could be the reason why I always forgot everyone's birthdays! Trust me, I'm very awful when it comes to this. 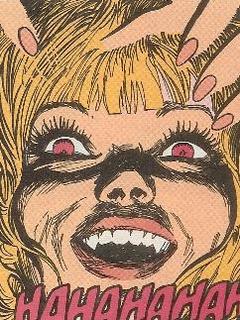 Why did I talk about birthday? Well, yesterday marked the Third Anniversary of my blogsite. The first entry was done on September 14, 2003. You can read my first entry at this link.

So you guys actually did not realize that yesterday was the day Observe But Do Not Interfere turned 3. The site meter was added last October and I'm approaching 100,000 views in a year. Some even asked me about making a profit out of this -- I had been thinking about that as well. One negative thing about this is that I'm not familiar with how to make profits from the online business. But that is OK, I'll learn my ways around.

I must admit that my style of penning from the first day to now has changed tremendously. I think writing has enabled me to perform better since more readers are coming back to read what I have to say about different things. So far, the trail I looked behind is filled with tribulations and triumphs. I expect of that in the future as well. I expect to improve. There is always room to improve, though. Otherwise, it has been fun ride -- who wants to get off the roller coaster? Certainly not me.