Remember the Cleaning Lady from The Goonies?

Today, I went to Independence Seaport Museum to celebrate Creative Access' 13th Anniversary Gala in Penn's Landing. Where is Penn's Landing? Of course, on the banks of Delaware River in Philadelphia.

The Independence Seaport Museum is gorgeous! I learned some new tidbits about the city of Philadelphia when I checked the place out. PJ Mattiacci invited me and few of my friends to the event. It was nice to see old and new faces.

Yes, the food were incredible. By time, I get to the auditorium, I was heavily buzzed. Gus and I kept on grinning about this, that and there along with Robert Traina and Jason.

There was supposed to be an open captioned movie called After Image acted by the woman that I abhorred the most -- Terrylene. But it never happened. None of us gets to watch it at all. 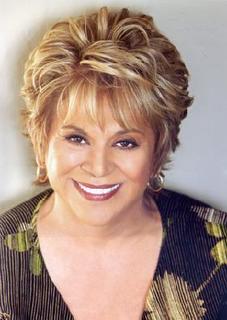 Among the participants at the Gala was Troy Kitsur. Troy was part of Big River with Ty Giordano in Los Angeles and New York. Troy was nice fellow, he was enamored about the birth of his daughter two weeks ago. His wife is none other than Deanna Bray, the actress on Sue Thomas: F.B.Eye.

I got to meet the producer who is planning to start producing a film in February here in Philadelphia. From what I understand, Lupe Ontiveros is slated to be part of this film. For many of you who do not know who Lupe Ontiveros is, let me refresh your childhood database -- remember The Goonies? The cleaning lady who only speaks in Spanish? Remember the scene where Corey Feldman speaks in Spanish to freak the cleaning lady? That is her.

Lupe also acted in the most recent successful TV show -- Desperate Housewives as the mother-in-law of Gabrielle Solis who busted Gabrielle in bed with the gardener and in the process, got hit by a car drove by ... it is complicated story. You have to see to understand how she died, not from the automobile accident but in a stairway. For her outstanding role in Desperate Housewives, she was nominated for Outstanding Guest Actress In A Comedy Series.

And much to my surprise, Lupe Ontiveros is the mother of Alejandro Ontiveros, a nice fellow that often hung out at 506 L Street parties and with Delta Sigma Phi fraternity. Very humble and quiet person who graduated from Gallaudet, I believe.

Small world, is it?

In a short time, I'll cover some tidbits about the film that is slated to be produced in Philadelphia with Lupe Ontiveros and few well-known names.