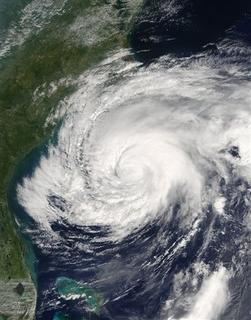 Ophelia Is Coming Home: When I heard that a new Tropical Storm has been named for Ophelia, I was amused. I think it is fitting that this storm will visit the Carolinas in few days. Why? Because more than a year ago in August, I wrote an entry about Ophelia, my grandmother's deaf black maid in Raleigh, North Carolina.

As for this storm, Ophelia is fluctuating just right off the East Coast, deciding whether to go for its status quo -- being Tropical Storm or category 1 Hurricane? Only Ophelia can decide for herself.

But since I noticed that there is lack of humidity around here, the chances of Ophelia hitting the category 1 is very remote. Its winds probably will remain less than 74 MPH when it gets to Cape Hatteras.

Ack! This Is One Dumb Sign!: This woman's attempt to sign "hurricane" managed to make it look so corny. It even made me wince my eyes when she signed that word repeatedly. Hat tip to Surdus.

Poor Guy! Guy Ritchie seemeed never to get a break from the critics? Madonna's hubby seemed unable to please any critics when he attempts to show his film several times in the past. What gives? I personally hadn't seen his films. Anyone care to comment about Guy Ritchie's films?

As Virginian, I Would Choose ...: According to the information sheet I have on me -- Sen. Russ Potts is Republican, Jerry Kilgore is Democrat and last, Tim Kaine is Republican. They are competing for the Governor of Virginia. The City of Staunton's local newspaper had a questionnaire for them about VSDB, which is mirred in a struggle with the State Board of Education whether to close the school and build a new campus, or preserve two schools, or to consolidate two schools into one at Staunton. Many Deaf people wanted the schools to be consolidated to Staunton and renovate and improve the quality of Deaf Education at VSDB.

The truth is that these gubernational candidates cannot do a thing about it -- the State Board of Education has the final say in this -- regardless if the Governor likes it or not. It has been like that way in Virginia -- one of the nation's most staunch retarded-conservative states.

However, here is what they said about VSDB which the Staunton's News-Leader popped a question, What should the state do with the Virginia School for the Deaf and the Blind and its two campuses?

TIM KAINE
While the legislature made the decision to combine the two campuses based on enrollment rates, what we must focus on now is how to provide an excellent educational opportunity for the school's students going forward. I support building a new, state-of-the-art facility at a location that best meets the needs of our students. We must also ensure that students have the facilities and teachers they need to succeed and that our teachers have the training and equipment they need. Additionally, we must make a greater effort to draw on the expertise of the deaf and blind community to ensure that we are meeting our goals.

RUSS POTTS
I support keeping the Virginia School for the Deaf and Blind in Staunton. It is an historic landmark and a vital part of the Staunton community.

JERRY KILGORE
I support the efforts of the General Assembly to consolidate the two campuses. It simply did not make sense financially or operationally to keep two facilities up and running. I hope that the campus in Staunton will be renovated to accommodate the consolidated campus.

Well, I like Jerry and Russ -- Russ is Eisenhower Republican -- he claimed that the current group of Republicans are not real Republicans, the party had been hijacked by conservative, religious and special interests groups. Tim Kaine, I gotta rule him out. He is obviously an idiot to start with.

One Last Thing About 9/11 Thing: I asked my sister, Hedy, to scan four pages which she liked from DC Comics' tribute to WTC few years ago -- I also liked it very much. It is about the Flight of 93 which crashed in some rural area in Pennsylvania. All I knew is that it was done by folks at DC Comics -- if Hedy managed to give me the names so that I can give the credit to, I will do it.

For each page, you can click on the image to read it up close. Enjoy! 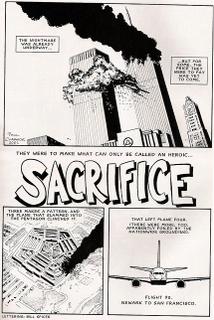 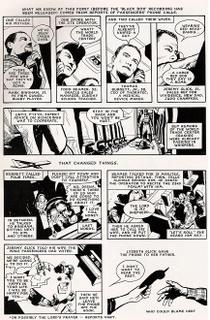 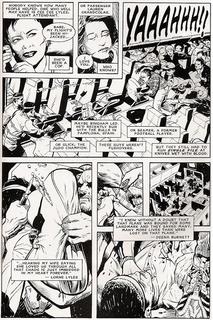 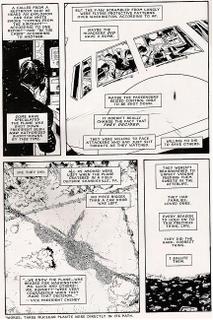