The Suspect Was Dan Hoyt 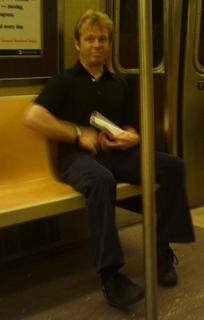 I was hesistated to print his name because it was just a rumor amongst New Yorkers.

I am posting this picture -- I do not know if it is him or not. You decide. I care less about it -- but his cock is not that bad.