Where Is The Freedom of Speech? To make a freedom of speech is not a privilege, it is a right of every citizen. But I noticed something interesting. More and more corporations that owned the televisions, films, books and newspapers has the rules that tells the citizens what to say and not to. One argued that these corporations are owned by private businesses that does not subject to the Bill of Rights -- if that is the case, then they cannot use the Bill of Rights to defend themselves when someone sued them. You get what I mean?

When Kanye West mentioned this on NBC Show recently:

I hate the way they portray us in the media. You see a black family, it says, "They're looting." You see a white family, it says, "They're looking for food." And, you know, it's been five days [waiting for federal help] because most of the people are black. And even for me to complain about it, I would be a hypocrite because I've tried to turn away from the TV because it's too hard to watch. I've even been shopping before even giving a donation, so now I'm calling my business manager right now to see what is the biggest amount I can give, and just to imagine if I was down there, and those are my people down there. So anybody out there that wants to do anything that we can help -- with the way America is set up to help the poor, the black people, the less well-off, as slow as possible. I mean, the Red Cross is doing everything they can. We already realize a lot of people that could help are at war right now, fighting another way -- and they've given them permission to go down and shoot us! George Bush doesn't care about black people!

The GW Bush Administration and pro-GW Bush cronies cried a huge river about it -- but many people in this country agreed with Kanye West. It is evident that being poor and/or black, help will come to you ... in two months. And no, Kanye West is not a racist as much as Michael Demmons would like it to be.

See The Pattern? When someone stood up and rejected GW Bush's proposals, know what GW Bush do? He rejected them -- he does not include the people on the list to work together. In fact, it was reported that Governor Blanco of Louisiana was not informed that GW Bush was in the area for a press conference. As you can see, GW Bush and his cronies wantonly rejected or alienated people who disagreed or rejected his proposals, ideas and/or demands. Hello! This is America! The land of opportunity -- the freedom that GW Bush loved to clamor around but reserve the right to alienate others when they used that freedom of choice to reject his demands! 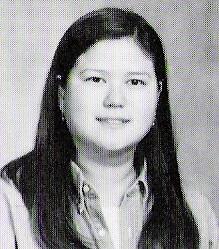 About Shelley Koczoi ...: I knew Shelley Koczoi. But when someone mentioned that she lived in New Orleans, I was bit baffled. In fact, I knew she is from California. Anyone willing to find out if she's okay by any means? Here is the picture of Shelley Koczoi.

As For Mayor Ray Nagins ...: Mayor Ray Nagins' patience was tested to the worst. Some people like FagPatriot tried to compare him with Mayor Rudy Gulianni -- please do not do that. Rudy only had to deal with few blocks of disaster area while Ray has to contend with the whole city. It is comparing an apple with an orange, 'nuff said. But again, some people are so stupid for making an effort to compare these two.

However, Ray Nagins is so cute. I'd do him in a heartbeat.

Oh, By The Way...: This Katrina Disaster was predicted by Joel K. Bourne, Jr last year in National Geographic and guess what? It is very accurate of what had transpired in New Orleans. Too bad, people do not read The National Geographic these days, especially Conservatives and Republicans pigs.

17 Deaf People Dead? I got this email which I cannot authenticate if it is real or fake -- it mentioned the names of deceased ones. I forwarded this to my friend in Louisiana to see if she knew any of them -- I think it is fake. But you never know.