Jules wrote an email to me and provided the artworks -- I thought it was interesting stuff to share with the readers. 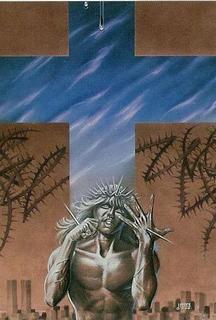 Angry: Angry Christ: "The tree of eternity has its roots in heaven above and its branch reach down to earth." - Upanishad 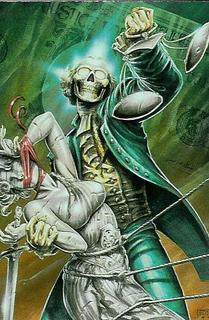 Dunno: "History is written by the winners and might makes right. Why is Columbus thought of as a hero? He was only a merchant out to find a cheaper trade route. He did it for money. When it comes down to it, it seems like everyone goes. The Dragon is green." - The Realist 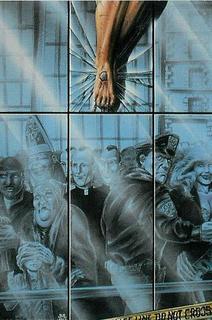 Flag: "The Unbelievers: "but to the unbelievers a voice will cry: God hates you more than you hate yourself." the Koran. 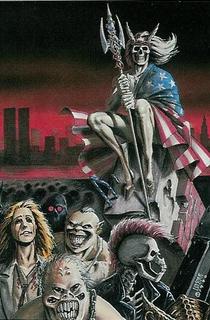 Liberty: Home of the Brave. I remember being a kid watching American soldiers run around in Vietnam on the evening news. I asked my father, "Are we at war?" "no... don't worry about it, you're not old enough to understand." he later told me almost the exact same thing about Watergate and Nixon's resignation. Twenty years later, after reading the books and knowing the politics and facts, I still have to wonder when I'll be old enough to understand. 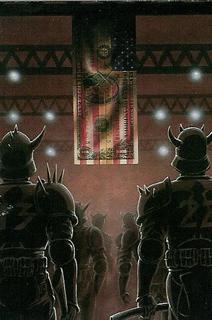 Pledge: The Flag: "Sweet hatred, we all bow before you. Everybody has to hate somebody..me personally, I hate the rich. To me that's the only fair form of prejudice. You might ask: If I was rich, would I hate the poor?" Probably. But I'm not rich, nor is anyone I love, so that leaves me with a perfect focus for my rage." -the Realist 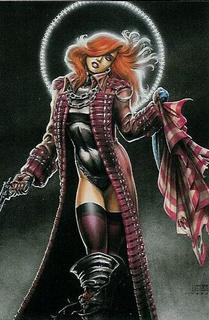 Revolution: Our Revolution: Thomas Jefferson said that, in order to maintain a democracy, you needed to have a revolution every twenty years. If you look at the Civil War as the second American revolution, I'd still say we're more than a little past due. Whatever happened to our revolution? 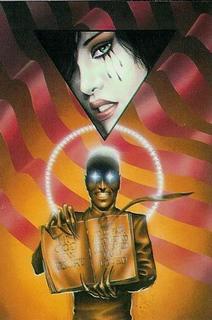 Trust: In God we Trust: The oppressed love the oppressors, and cannot wait to follow their example."
Posted by Ridor at 11:44 AM