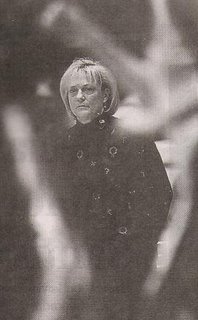 Five years ago, when I learned that Debbie Ryan was ill with Pancreatic Cancer. I did not really know enough about that particular cancer. Apparently, only 23 percent survived one year after the diagnosis, let alone 4 percent after five years. Today,Debbie continues to coach.

The worst aspect of being coach is to deal with the recruiting battles, I believe, because many coaches are willing to defame others' characters in order to get the best players. For instance, Penn State Lady Lions' Coach Rene Portland often told the players' parents that this school lets lesbians date each other! It was rumored that Jennifer Harris, a former Lady Lions player who transferred to James Madison Dukes after the repeated accusations by the same coach for being a lesbian, decided to go to Penn State instead of Virginia because Rene told Jennifer's parents that Virginia players "sleep" with each other. That's how bad it is in the recruiting business. It may have take its toll on Coach Ryan and Assistant Coaches in 2000 which affected the next four years, winning only 65 games out of 127 games.

But last year, they managed to win 21 games despite dealing with Teamer & Blue. This year, the team is much cohesive, fun to watch and is currently 7-1 on the season. Which is why I said that the Virginia Cavaliers are back. For real.

I was delighted to find Debbie Ryan on the front page of Richmond Times-Dispatch today as the article talked about her experiences with Pancreatic Cancer and how it impacted her vision on life.

Colossus of X-Men Now Gay? Relax, guys, relax! When Graystorm mentioned that he was shocked to learn that Colossus is gay. I could not believe it at all. He was a character that I once had a crush when I was a kid -- like Carl joked to me today, "What does he calls his penis? Iron man?" -- it is not about his cock. It is about his sensitivity that kept me piqued to his character for years. I went to the comic bookstore and check it out -- oh, I get it -- the owner of the shop said that any books that started with "Ultimate" on its titles means that it is alternative universe, not the current one. But you can see the panels where Colossus accepted the date with Jean-Paul, also known as Northstar, the only gay super-hero character in Marvel Comics. See the panels here and here. The question is ... is Colossus the bottom?

This Is Interesting ... ! Border agents fucking illegal aliens, what more could you ask for this?

This Guy Must Really Like His Cow: Harold G. Hart shagged someone's cow about 50 times alone in a year.

Last Year ... It takes only 20 minutes to make 200,000 inhabitants disappear from the face of Earth. Yeah, that Tsunami. Remember that.