You Decide For Yourself 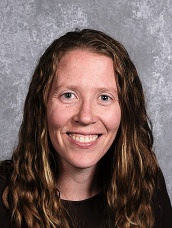 In the previous vlog (3-7-2013 Tidbits), I talked about Clare Cassidy who hated me so much with a passion, claiming that I made fun of her brother's suicide. I vlogged that I never knew that he had a brother until Kurt Ramborger mentioned that to me last year when he was here in Frederick.

Apparently, for years, Clare truly hated me. She often disparaged or left dirty looks each time my friends or others mentioned of my name. I know because they occasionally told me of that and asked me why. I could not figure out what's going on.

After seeing Clare going off against me on a dear friend of mine's Facebook wall, I have had enough of her crap so I vlogged about her. And guess what?

Clare provided the proof.  It turns out that it was not done by email but by my old blog, RidorLIVE.com.  Clare kept on forgetting that when I run RidorLIVE.com, I got hundreds, if not thousands, of tips from various people across the nation, Canada and the world. I try my best to edit and put it together for an article on daily basis.  Apparently, yes, I did mention about Clare Cassidy's brother who killed himself.

I'm going to share the screenshot of that brief paragraph so that people out there can know the truth.

The question is:  Did I mock the Cassidys on the death of their brother?

I think the worst thing is: Clare is a teacher at CSD Fremont, I feel sorry for her kids. If Clare cannot understand what I wrote in 1st place, what kind of teacher is she? *shudders*

I don't know, maybe she took one valium too many??

I happen to know Claire Cassidy and her husband, Jason. From what I see from your vlog...I reckon not much has changed with her years later when we all were enrolled in Masters of Science in Secondary Education. I can tell you that they got the jobs at California School for the Deaf through their relatives (I think). This is the act of privilege that you and I both hate. During the years there, they had acted like they are above us...even went far as to make fun of people...especially me..from time to time. They had lied, cheated, and all that during their graduate studies. They were a major part of the MSSE crowd that I had labelled "the WORST group of people" I ever had the misfortune of meeting in my life. I have a lot of stories to tell about these creeps. Of course I feel sorry for their baby that they had at the time of their graduation. If Claire is supposedly to be the best of the program (which she is not in my perspective) and is supposedly an excellent teacher (which I doubt) ...she should be able to interpret this entry of yours more rationally. This speak in volumes as to her logic on things and apparently it hasn't changed much since their graduation.

I have this thing that I really don't want to see a single person from the MSSE period of my life because I would really love to pay them back 100 times than they did to me. They do not have the respect for anything. Nor the honor and dignity.