It Is Time To Resume The Blogging 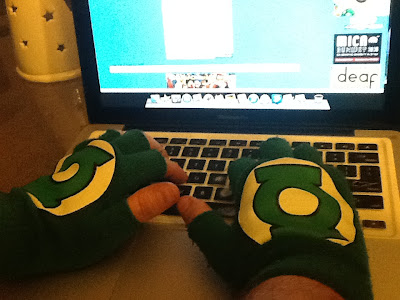 As you can see, I'm back from the long hiatus. I was never away from the internet, really.  For a long time, I had stopped blogging mainly because my time & energy was spent on different venues such as vlogging on YouTube.

Twitter comes in my life a couple of years ago. I absolutely loved the concept of Twitter.  I still use it frequently. In fact, I tweeted more than 30,000 tweets as of far!  But many of my friends also flocked to Facebook.  So I went as well.  I posted a lot of stuff on Facebook.

Facebook is a great social networking for Deaf people where they can congregate and share their feelings, beliefs, thoughts and so on.  Sometimes it is healthy to make sure that people understand and uphold their
But man, Facebook is one of fastest growing social networking companies in the world but they truly suck at managing the system.  The result is that so many Deaf people would abuse the system by "reporting" the others in order to silence them from sharing their own thoughts.

I had been suspended for sixth time since last summer in July, 2012 (I got suspended for 3 days, 7 days, 15, days, 30 days, 30 days and 30 days) - All of them were reported by Deaf individuals whom I called & challenged them publicly about their wrongdoings & hypocrisy.  They reported to Facebook in order to silence me from questioning, challenging and hold them accountable for their fuck-ups.

This blog is being resumed because frankly, I'm tired of being treated this way by Facebook's incompetent management who got duped by these malicious Deaf individuals out to silence Deaf people at large.

These Deaf individuals who harassed me on Facebook by reporting me repeatedly to Facebook will be identified and scrutinized in next few entries. Payback can be a bitch, people.

This blog will not mean that I will stop using Twitter, YouTube or Facebook. I continue to use Twitter on daily basis. I continue to vlog on YouTube but from now on, I shall add the vlog on this blog as well. When I am unsuspended on Facebook, I shall resume my activities there but I have no intention of stopping this blog from now on.

However, you will realize that I am doing some renovations on my ancient blog.  It is time to bring it back. After all, it is long overdue.