That sentence got me suspended on Facebook for 30 days.  I never made a threat or bully anyone else. I simply responded to someone who asked me if I don't like Bosnia-Herzegovina. I basically told her that I do not like the MUSLIMS who resided in Bosnia-Herzegovina.

If you study the conflicts in The Balkan States, you would know that the Muslims in Bosnia-Herzegovina always pose a threat to any kind of peace for the last 600 years. It was in Sarajevo, Bosnia-Herzegovina that the World War I first sprang after the Assassination of Austrian Archduke Franz Ferdinand.  He was killed by 19 years old Bosnian Serb, Gavrilo Princip.

Gavrilo Princip was not a Muslim but his family were Christian peasants cowered before the Muslim Landlords who oppressed against the Christian peasants.  Let's stroll back to the Ottoman Empire, the land in the Balkan States were generally Orthodox Christians (Serb, Eastern, Greek & Russian).  When the Ottoman Empire (100% Muslims) conquered the area, what did they do?  They snatched all young boys from Christian families and sent them to Istanbul as part of Janissary. The Sultan of the Ottoman Empire would provide food, clothing & shelter to these vulnerable Christian boys as he had his staff to brainwash & convert these Christian boys into hard-core Muslims.  When they grew to be adults, they became very loyal to the Sultan so much that they would serve the Sultan in wars. When they completed their service to the Sultan, what did the Sultan do to these Muslims boys? The Sultan sent them back home to Bosnia-Herzegovina.

It should be a happy homecoming for these boys who were kidnapped from the Christian peasants when they returned home, right? But no, the boys rejected their real Christian parents.  During the Ottoman Empire, the Muslims seized the good lands and banished Christians into the mountains. These boys who became the Muslims, thanks to the Sultan, seized towns, properties and land - they became the Muslim Landlords who oppressed against the poor and devastated Christians. These Christians are Croatians, Montenegrins, Bosnian Serbs, Serbians, Macedonians and Kosovars.

So Gavrilo Princip assassinated the Austrian Archduke Franz Ferdinand to make a statement - he wanted Bosnia-Herzegovina to be part of Greater Serbia under the Christian rule, not part of Great Austrian-Hungarian Empire or the Ottoman Empire.  So the slaughter between the Bosnian Serbs & Bosnian Muslims escalated for many decades. 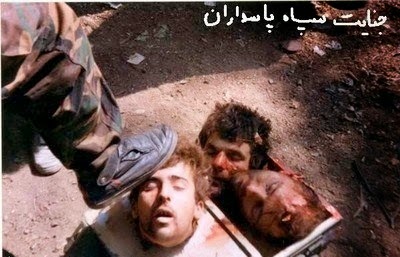 In 1990s, the Bosnian Muslims brought the Islamic Extremists to the region where they murdered many Bosnian Serbs. Many were beheaded and the Muslims used these decapitated heads to play soccer.  Of course, you don't see that in the American or European newspapers. But the Bosnian Serbs knew what the Muslims were doing. And yes, the Serbs did do the right thing to retaliate and massacre the Muslims from time to time.

Facebook does not support free speech, most of Facebook moderators are from where?  Outside of the United States in Morocco, India & Mexico.  Morocco & India has millions of Muslims living in their countries so they were trying to silence me when I said I don't like the Muslims of Bosnia-Herzegovina.  Shame on Facebook, really. They allowed the video beheadings by Muslims against the Christians on Facebook but punished me for saying this simple sentence?   By being silent about it, Mark Zuckerberg is advocating the silence of free voices against the unjust oppressors like the Muslims.

Double jeers to Facebook for doing the criminal thing.