All About Planet Daxam!

I was surfing the 'net when I came across this awesome graphic novel I ever had seen out of DC Comics' futuristic tale within the Legion of the Super-Heroes called "Great Darkness Saga".  This tale took place in 30th Century.

Many descendants at Planet Daxam were originally from Planet Krypton. People on Daxam is Superman's cousins. Therefore, Daxamites do get weak if they were under a red star. If the star is yellow, billions of Daxamites instantaneously became Supermen, to say the least!

However, this incident did not happen only once.  One was in The Great Darkness Saga, the other was the War of Lights.

During the War of Lights, Sodam Yat who was infused with the Entity of Will is from Planet Daxam. His mother fled Daxam to search for Sodam to tell him that Sinestro Corps has now seized Daxam and they are terrorizing billions of Daxamites for practically no reason. Sodam went back home for the first time since he ran away from his family due to their xenophobia nature.

Sodam and his colleague tried so hard to stop the Sinestro Corps but they were too many. And not enough Green Lanterns are responding to the emergency call about. Sodam had to decide immediately or his people will be annihilated by Sinestro Corps - they needed a leveling field to save Daxam and its people. Sodam had no choice but to enter the dying red sun and used the Entity of Will to transform the red star to the yellow star. Suddenly, billions of Daxamites from an infant to senior citizens immediately possessed the same powers that Superman has with the yellow sun in our solar system. 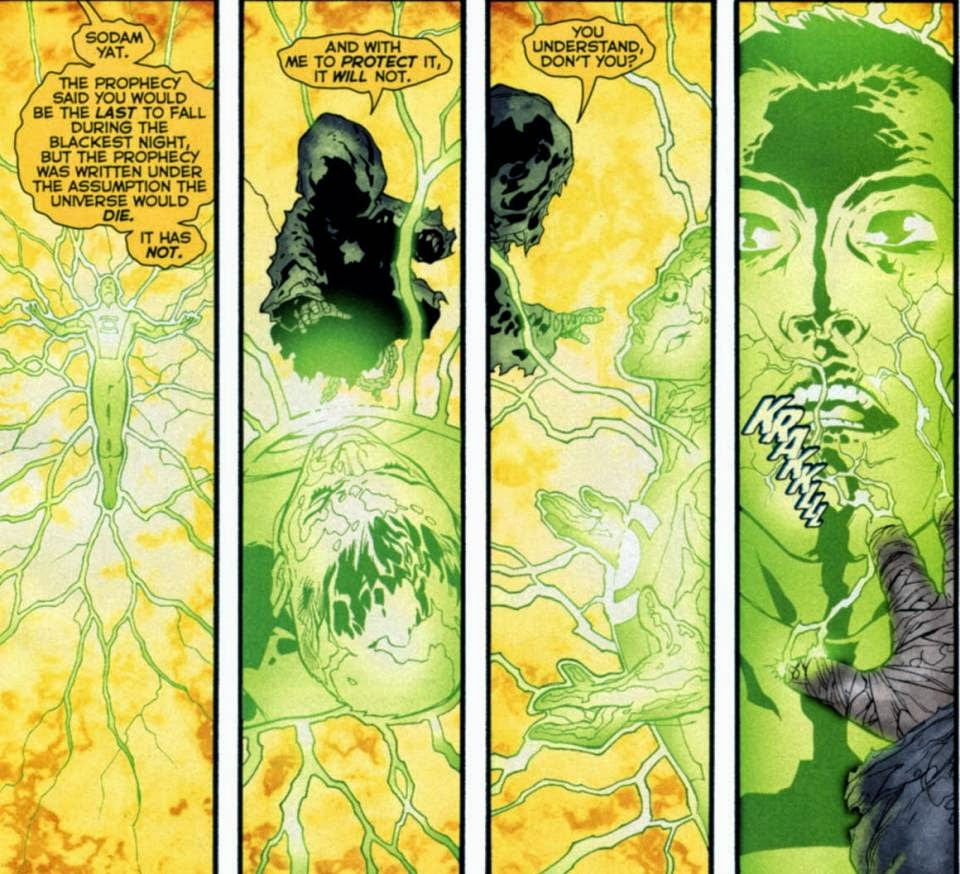 Whoa, is it?  The Mysterious creature who took the Entity of Will out of Sodam Yat's body was none other than Krona!

And yes, the tale of powering the billions of Daxamites using the yellow sun was nothing new for DC Comics. They used it in Legion of Super-Heroes' "The Great Darkness Saga". The premise of this tale occurred in 30th Century which the members of Legion of Super-Heroes were trying to identify the mysterious creature whose his planet & himself suddenly appeared in their universe after a thousand year of slumber.

That mysterious creature was so powerful that he immediately seized 6 billions of Daxamites' minds and at the same time, he was able to teleport & switch his ancient planet with Planet Daxam so that Daxam can revolve around the yellow sun, not the red sun. With six billions of Daxamites under his control, he chose Daxam to make an announcement that the supervillain is finally identified. 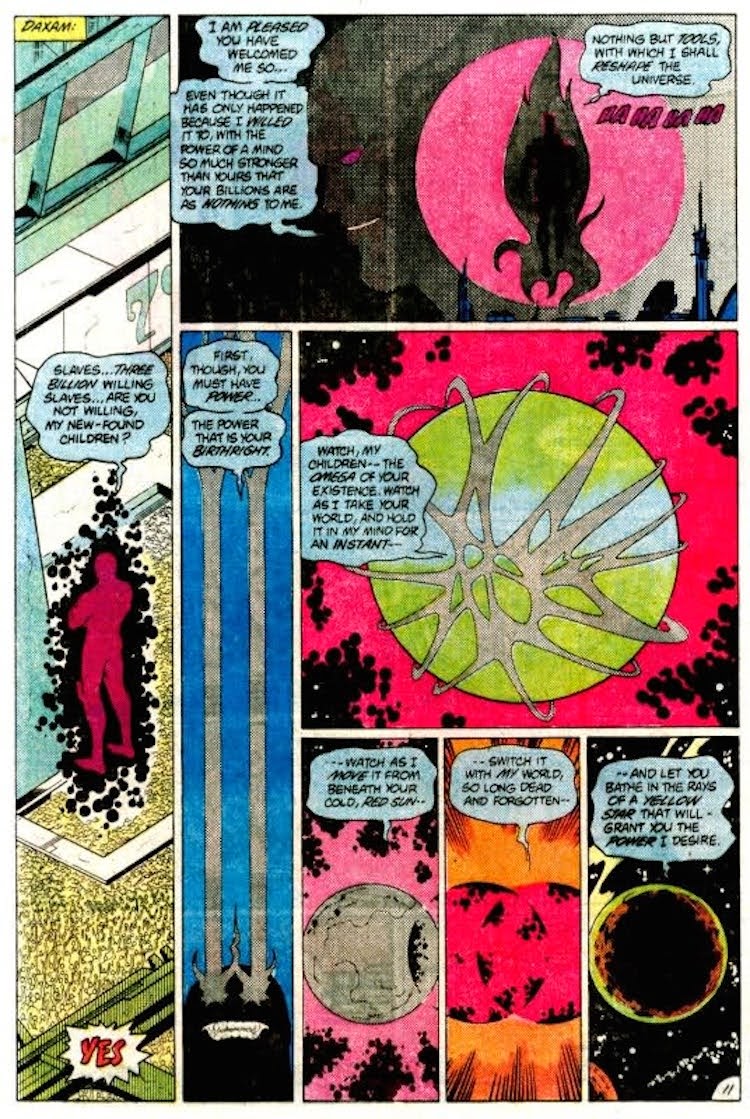 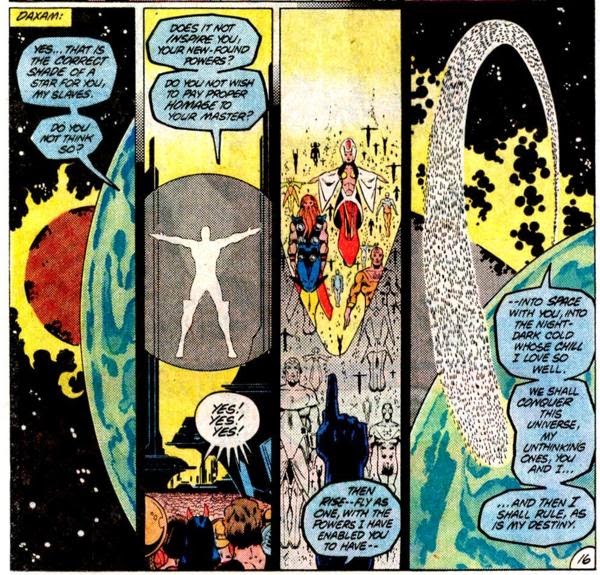 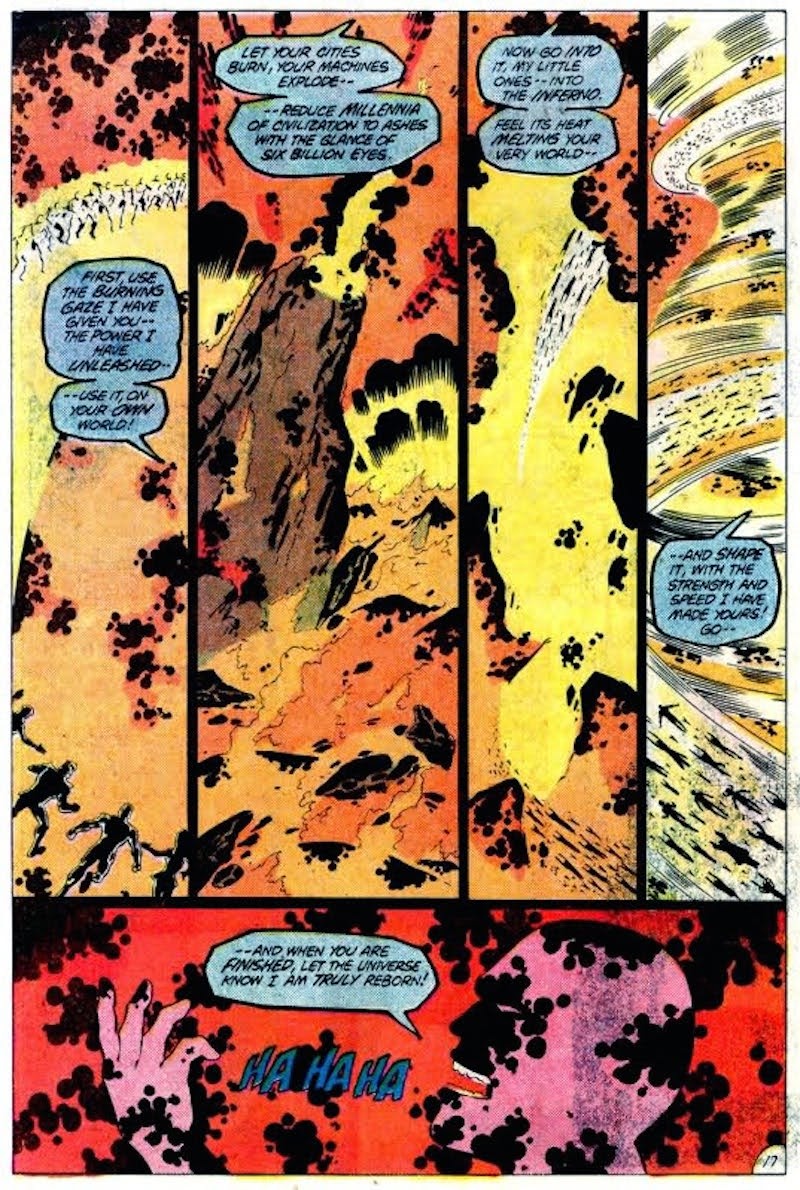 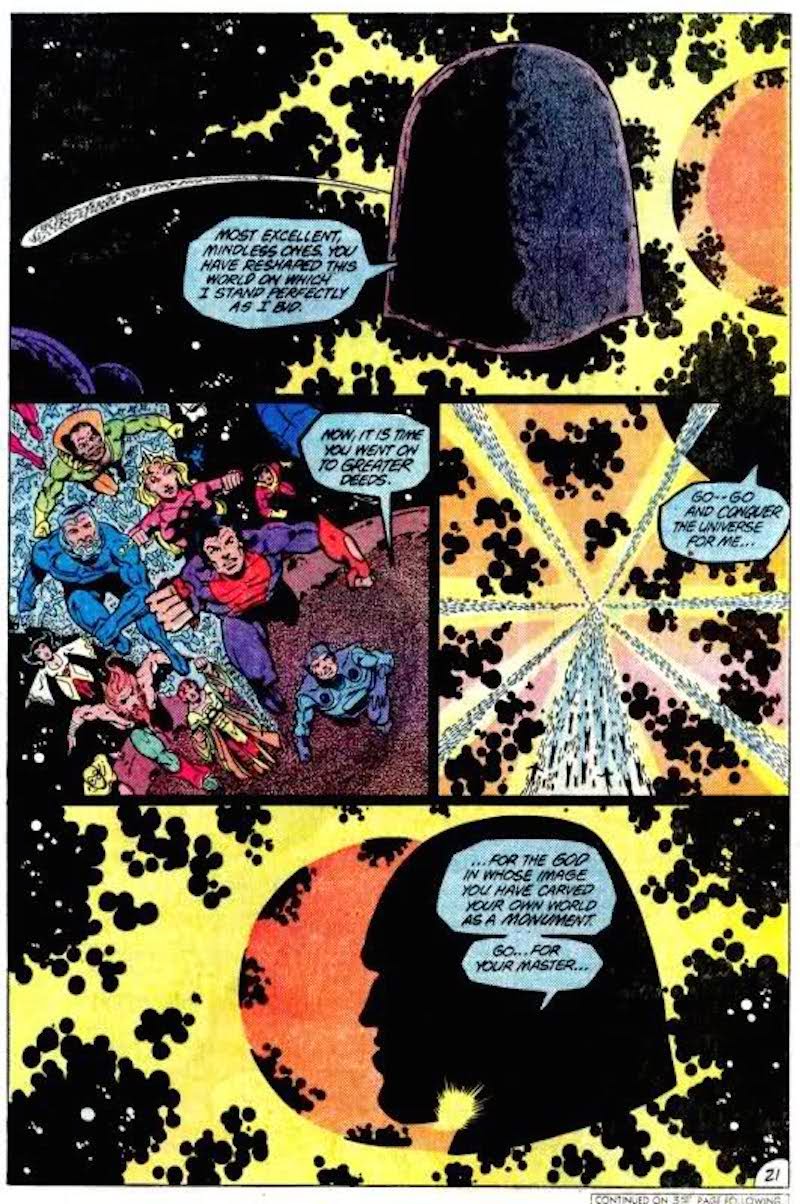 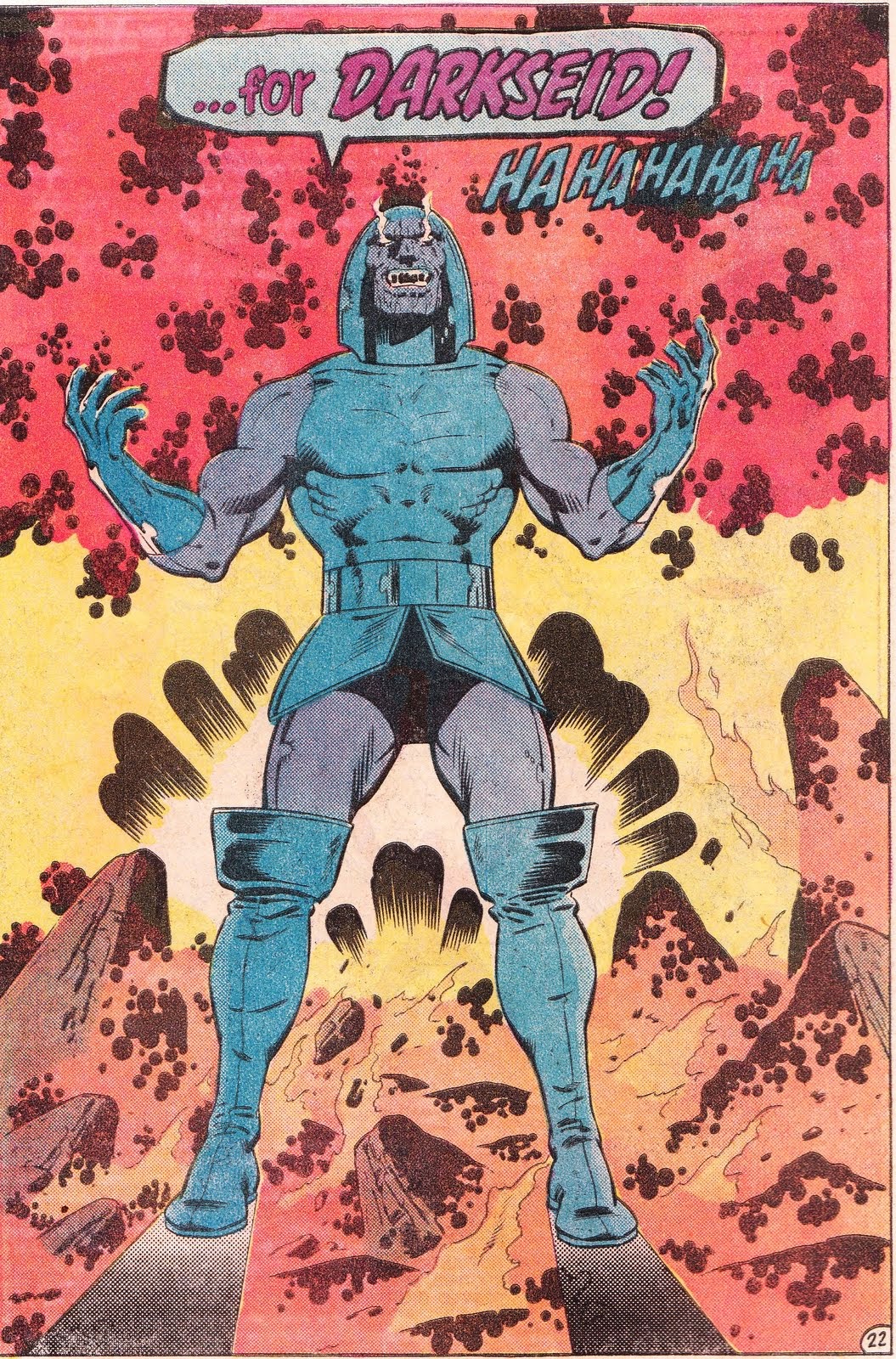 Yep, it was Darkseid who seized the minds of Daxamites and used them to destroy and remake the Planet Daxam into his image. Powerful but cunning thing to do, that Darkseid guy.