Forgot! March Abuser of the Month

Gotta lighten up on the valium and martini mix! I know this is a bit late but here's the March Abuser of the Month! 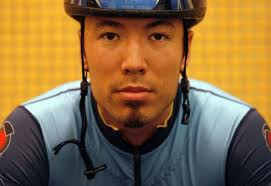 Was arrested for violating parole by making harassing phone calls to his victim. Was arrested at the Utah skating rink in front of his team mates. That had to seriously burn. Known to physically, mentally and emotionally abuse his female partners, including his ex-wife.

What was the outcome of his court trial on those charges against him? Was he found gulity on those counts?