Bad Ones & Good Ones

My late Dad and I have something in common:  Our love & passion for the newspapers.

Dad used to work at many publications that produced newspapers. Dad worked at The Daily Press, Richmond Times-Dispatch, Richmond News Leader, Baltimore Sun, The Hopewell News, The Washington Post, Washington Times, The Bourbon County Citizen-Advertiser, Lexington Herald-Leader, The Roanoke Times, The Roanoke Star-Sentinel and Colorado Springs Gazette. My father does not write articles. But he worked in publishing area as Linotypist. In my opinion, I still think my Dad's skills on Linotypist was just incredible and fast.

Dad said that in the basement/ground level, there is a small hallway where you leave a big room into small hallway to get in bathrooms over there. But the problem is:  Too many Deaf people smoking weed waiting for their press to finish its job. Katharine knew all of it, she's fine with it. She often come down to take a cigarette break which was beyond the small hallway - so she did not go nuts when the smell of Marijuana was permeated all over the small hallway.  When Katharine retired, she passed it on to  her son who in turn pushed Deaf employees out - today, I do not know of any Deaf person working at The Washington Post.  Figures

Even after Dad left the newspaper industry for the career at USPS, Dad do miss it very much. In fact, when my father retired from the USPS, he went ahead to form a monthly newsletter called Richmond Metro Deaf Community News on his own and shortly afterwards, he offered Richmond Club of the Deaf, Inc to adopt and finance the RMDCN. RCD approved it. My Dad is very meliticous
As you can see, I was well-versed when it comes to journalism. This kind of field is something that I always enjoyed the most. Dad taught me, Dad's friends told me stories about ITU (I bet you that these Honors students who worked at The Buff and Blue has no clue about ITU and they probably will google it up and say, she knew all along just to make themselves look good. *rme*

Let's start with bad ones (even some of the bad ones are my friends):

At last, here's good ones:

Most of the times, the bad ones were obsessed with perfect English would claim The Buff and Blue as their domain just because they have a good command of English so the Editorial Team is for them, not you. That kind of mentality. I can't stand them because nothing is far from the truth. Having a perfect command of English does not mean that you're a good writer or editor.

I noticed that too many Deaf people thought that since they are good with English, they are also great writers/storytelling.  It is only hogwash. Want some proof?  In Ely Center's Post Office, I usually see litter of BnB newspapers all over the floor - Why?  People pull it out of their PO Boxes and quickly glanced at it and thought it was a waste of their time, "Ugh, boring." And they threw it on the floor. So many BnB issues was all over the Post Office floors on every Friday. 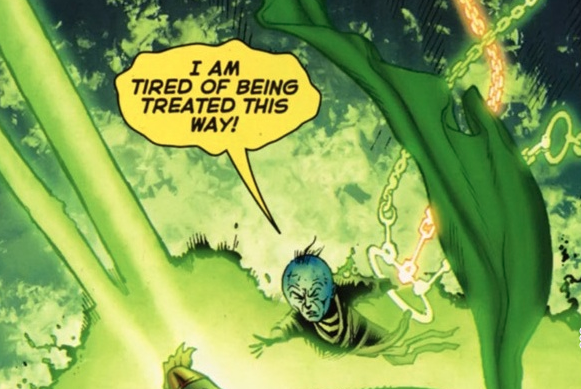 During the 2000s, my blogs generated thousands of hits/views all over the country and beyond.  I was the one-man show on my blog which was very popular among Deaf people. I literally run my own blog - and I occasionally asked Erin Whitney to guest blogging in and impersonate as McFly or Karen von Pills from time to time, it depends on the situation. Why did I want her to guest blog? Because I know that the hits/views will soar if i get people to rub the salt in any wound and ignited the controversial issues.

On other hand, DeafDC.com was created by Adam Stone and Rob Rice. They selected individuals who has the "so called" outstanding English skills. Many students on DeafDC are either in Honors program and/or Editors of The Buff and Blue or at NTID.  These fools except for Brendan Stern sucked at writing the story. They thought that they're good at writing articles or stories just because they have a good command of English. Often their articles on DeafDC can be so dry and disconnect from the reality- I mean, it is very blank article so much that you would think licking a white paper is better than reading their articles. Sorry for being offensive, but it is the truth.

I remembered one time at Fowler Hall's lobby, one guy on the "bad ones" who was in Honors program, former Editor in Chief and a contributor to DeafDC confronted me in a lobby. He told me that my English sucked. He still do not understand why I get thousands of views than him. I told him this happened because I can connect with ordinary people, and he can't.

Later, the other time I bumped into Adam Stone -we had a nice conversation - it was much cordial, really. Then he said, "I write better than you, I don't know why people prefers yours over mine." I told him, stop using the big words. As if he knew how to use it - I don't think he gets it. You would notice that he would try to remind people that he is getting the doctorate degree. To remind them that he's smart. Whatever.

At that time, I also noticed that the BnB Editorial Team always passed it onto others who were in Honors program. Despite the fact that I knew how to edit, organize, delegate & write up for 3 small papers at VSDB, I never got a chance to be interviewed by anyone in the Buff and Blue. Not even once. When I fill out the application, I expressed the interest to work with Editorial Team because Media is my thing. It runs in my family generations.

But these assholes who runs the BnB kept me away - they would ask me to write up on sports, features and I was obliged to do that. I'm all for it because I truly believe in spreading the information to all.

What comforts me the most is seeing The Buff and Blue newspapers becoming a cosmic joke & irrelevant in 1990s. These so-called Honors students who were on the editorial team repeatedly failed to achieve the professional level along with the quality of tidbits that the community wanted to see and read - In a span of 10 years except for one was so bad that people would sneer at the BnB with funny & offensive jokes. Yea, every Fridays, it never failed me to see the hundreds of The Buff and Blue littering all over the floors at  Ely Center's Gallaudet Post Office.

When I said on my previous paragraph, "In a span of 10 years except for one" - One?  Who was the One?  Terry Giansanti, he was dynamic. Too bad, I did not join his team - at that time, I gave up on the BnB trying to break through the barrier created by these idiotic Honors students. Terry consistently puts in top quality articles on the BnB week in and out. During that year when Terry ran the Buff and Blue, it was refreshing to see a clean floor at the Gallaudet Post Office on every Friday.
It was rare to see an issue of the Buff and Blue littering during the Giansanti Year. If you don't see any newspapers on the floor at Gallaudet Post Office, it means that the Editors of The Buff and Blue has done the right job.

I will never forget what Shirley Shultz-Myers said to me after I complained to her (She was one of three Staff Advisors along with the late Brenda Keller & Robert Weinstock for The Buff and Blue back then) about the fact that the staff at the BnB kept on preventing me from joining the team. Know what she said to me?

"You're not in Honors English?  That's why you don't get it."

Allowing the Honors students to control The Buff and Blue was the worst decision in 1990s, their quality of articles & was not top-notched, it was amateurish at its best! Even with the fact that during my stay at Gallaudet for many years, I still failed to be an edtor of something at BnB, thanks to these "bad ones".

Excellent, as always! I was kinda hoping to see my name (on either list). Keep up great work, RT.

I feel so honored to be on the good list :-)